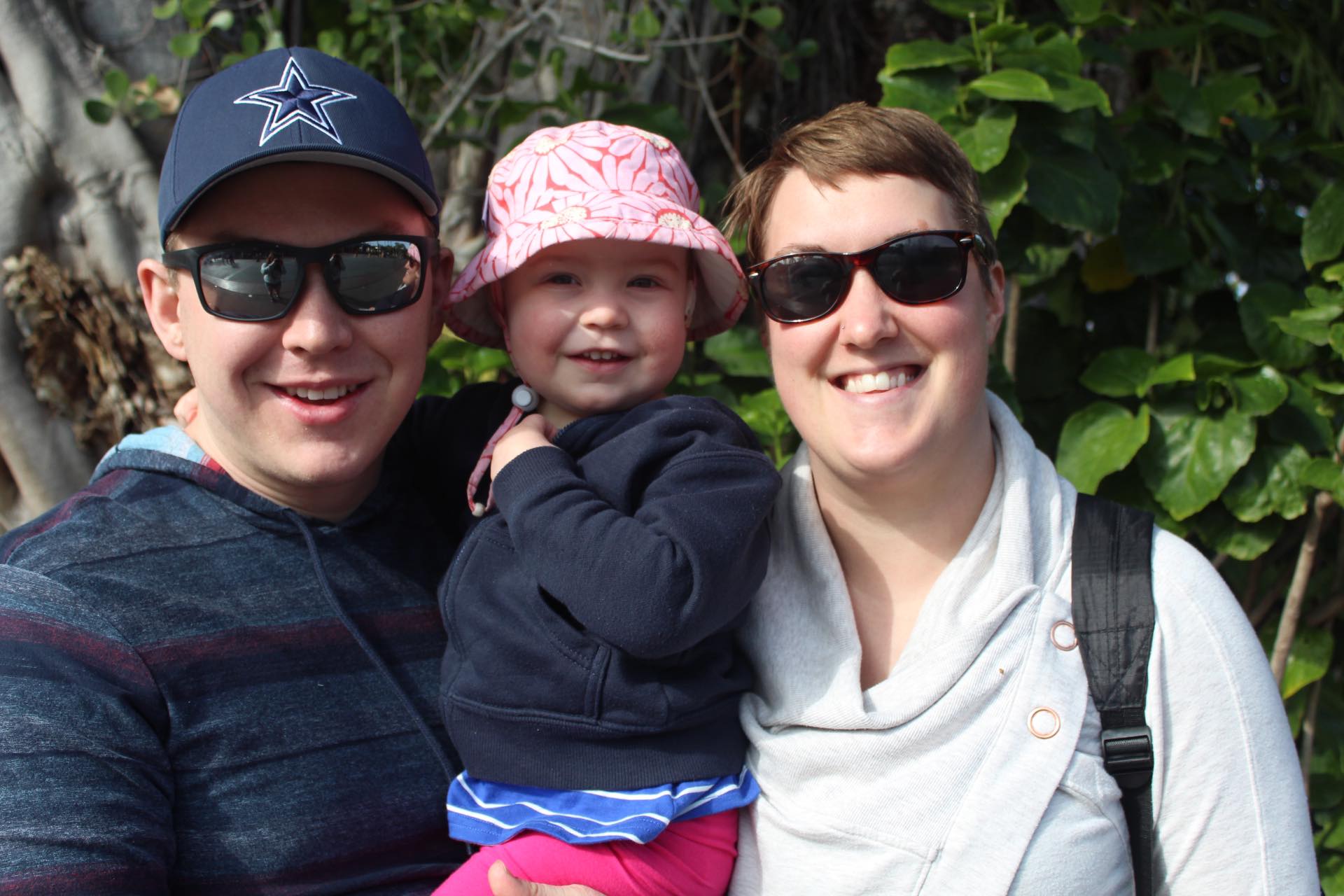 Serving our community by doing our job

While many people are staying home to reduce the spread of COVID-19, some, like Erik and Cara Epp, continue to work because their jobs are considered essential. The Epps, who live in Rosthern, both work in health care.

As a pharmacist, Erik divides his work-days between Rosthern’s two pharmacies.

“I like working in health care because I know I am helping people every day when I go to work,” he says.

Until recently, he says his job afforded him “lots of in-person conversations and relationships.” These days, however, customers are required to phone in their prescription requests and pick up and pay for them at the door.

Cara is a registered nurse who works part-time in public health. She primarily cares for families with young children under the age of 5, providing post-natal care and immunizations.

Cara enjoys many aspects of nursing, but, like her husband, she especially values caring for people and building relationships with them. “It’s easy to see the benefits of your work,” she says.

While she liked hospital work, she says she appreciates not having to work shifts now that she’s in public health. Plus, she says, “It’s nice to work with healthy people.”

While Cara still goes into the clinic to work, she now tries to conduct post-natal visits by phone rather than in person.

Erik, similarly, senses that his clients are feeling anxious.

“A big role for me these days is to be a calming influence in people’s lives,” he says. “People are asking, ‘Should we stock up on medications or supplies?’ I try to assure people we’ll try to stay open throughout the pandemic.”

“People have bought into what public-health officials are saying and are trying to follow their directives,” he says, “but lots of people are nervous about where this is going. You never really know what the next day or next week is going to bring.”

Erik sees God at work in the way people are following health-authority directives. he says he also sees signs of God’s presence in “the great work of unsung heroes like grocery-store and gas-station [workers] who don’t get the recognition that health-care workers get.”

Cara says, “I hear from lots of people ‘What can we do to help?'” This, she says, is God at work.

Another sign of God’s presence, for Cara, has been the leadership within the health region where she works.  She sees the leaders working hard “to protect their staff and the people of Saskatchewan,” she says, adding, “I don’t envy that job.”

Cara says she has sensed “a cautious optimism among my co-workers and [other] people that this is where we are now and we’ll just get through it.”

The best response, she believes, is to simply have faith. “I don’t think there is an answer to why this is happening,” she says. “We need to have faith that this is God’s world and his purposes will be met.’

Erik says he has felt his faith being strengthened as he as witnessed “the way different churches have met the challenge of what it means to be socially isolated.” He gives the example of his own congregation, Rosthern Mennonite, which has been broadcasting services on Facebook for a number of years already and now has invited others to watch the livestream.

“Our church is continuing and is even connecting with other people and with other churches as well,” he says.

When asked what other Mennonites can do to help in this crisis, Cara says,

“We all feel really isolated, but it’s important to not forget that there are still ways we can reach out and connect with each other.”

Erik sees three main ways to help. “The first is prayer for your community and for those who are affected [by the pandemic]. The second is to connect with people digitally, through email and via phone calls. And the third is to follow the directives of health authorities,” he says. “It feels like a passive thing but that is the best way for people to help right now.”

Cara agrees. “It doesn’t necessarily feel like helping, but it definitely is.”

The Epps don’t see themselves as heroes. “I don’t feel that what we’re doing is that exceptional,” says Erik. “We’re trying to serve our community by doing our job.”

There are no upcoming events at this time.