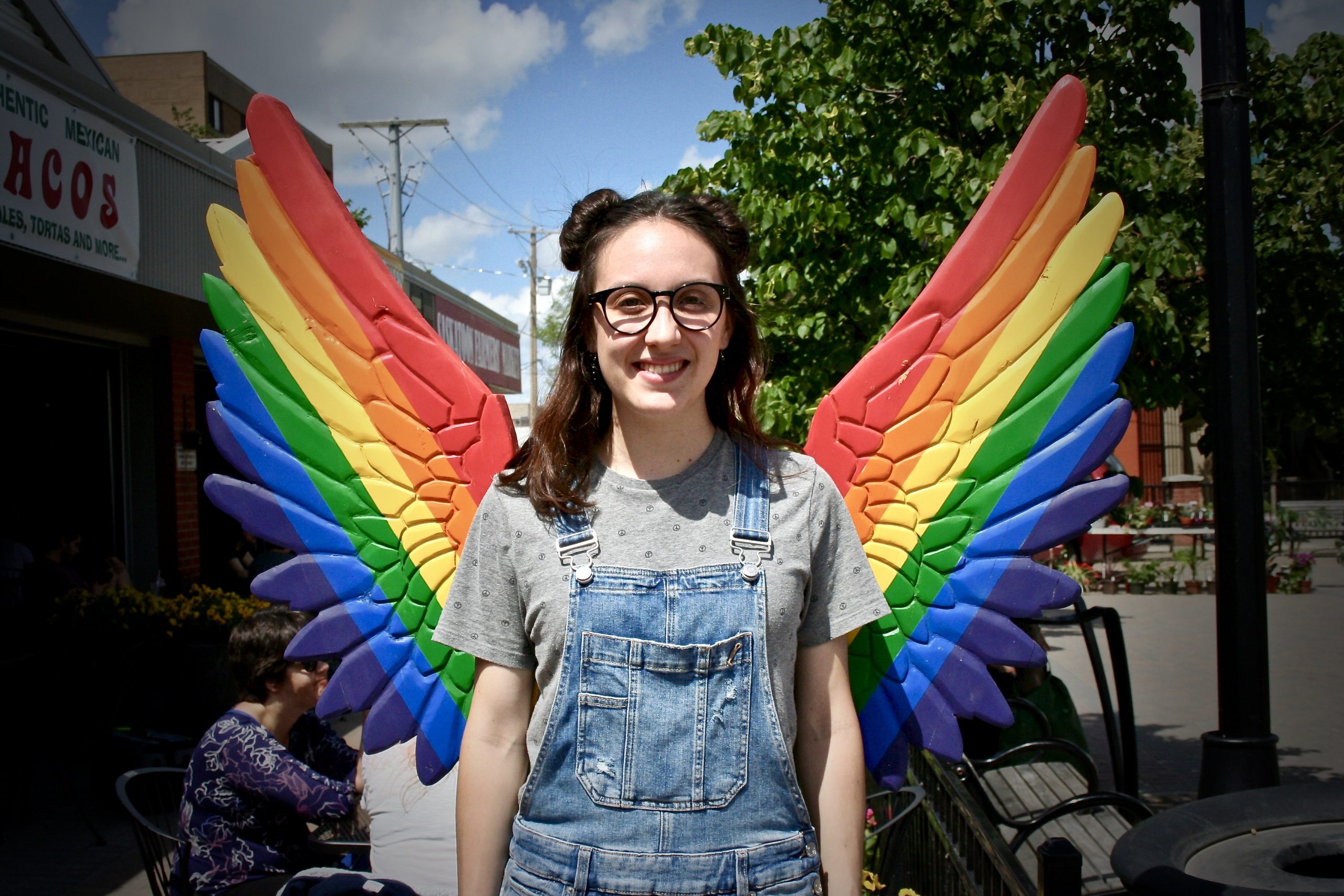 Kate Boyer (RJC 2019) thought they had the wrong person when she heard she would be receiving an award for academic achievement for Indigenous Student Achievement Week at the University of Saskatchewan.

“I thought they had the wrong email,” she says, “I didn’t struggle in high school but at the same time I wasn’t top of my class either.” But they didn’t have the wrong person, Kate was celebrated for her academic success in her first year of arts and science. Honored to have received the award, Kate credits some of her success in university so far to her three years at RJC High School (RJC).

When starting university, students are often warned to expect around 20 per cent drop in their grades, but that wasn’t what happened for Kate.

“I was so prepared for university,” she says, “I had a drop obviously but it wasn’t that severe because it wasn’t that different from RJC to be honest.”

After getting back her first essay in English, her professor asked her how she had learned to write an essay like that because many students hadn’t learned that in high school. She told him it was thanks to her high school English classes including teacher Jill Wiens.

In addition to her academic award, Kate has also been recognized for integrating Indigenous heritage into her studies. In particular, as a traditional Metis dancer she’s had several opportunities throughout the year to dance at different events and conferences taking place on campus.

“It’s nice to share my culture, but also it’s nice that the facilitators at the university who do conferences and stuff like that are interested in having that in their conference or in their event,” she says.

Preparation for university is only one piece of what Kate appreciates about her time at RJC.

She also loved the supportive community and the opportunity to participate in arts and sports.

Having been homeschooled until grade six, and then attending a small Christian school until grade nine, Kate was skeptical about RJC and how the bigger school would feel. But she immediately found the community welcoming. “I felt like I could trust everybody,” she says. “When it came right down to it I feel like I could ask anybody for help.” The community she formed was built to last.

Now that she’s living in residence at the U of S, she comes back to Rosthern most weekends and she plays multiple games of basketball with friends she met while at RJC.

She had always enjoyed soccer, but never felt very skilled. But once at RJC she noticed a difference in her abilities. “I don’t really know why that is, I think that was just because I felt comfortable, like I didn’t think I was letting anybody down,” she says. She’s now planning to try out for the Huskies soccer team at U of S.

The community she had at RJC has inspired her ideas for future studies. Kate is thinking about going into urban planning and working on designing cities and communities. “I want to design neighbourhoods in a way that makes communities a reality again because at RJC I saw how important community is,” she says.

Kate would recommend the RJC experience to anyone.

“Going to RJC totally changed how I view things and how I behave in the world. The friendships and the people that I have gained there have been totally invaluable in my life.”

There are no upcoming events at this time.